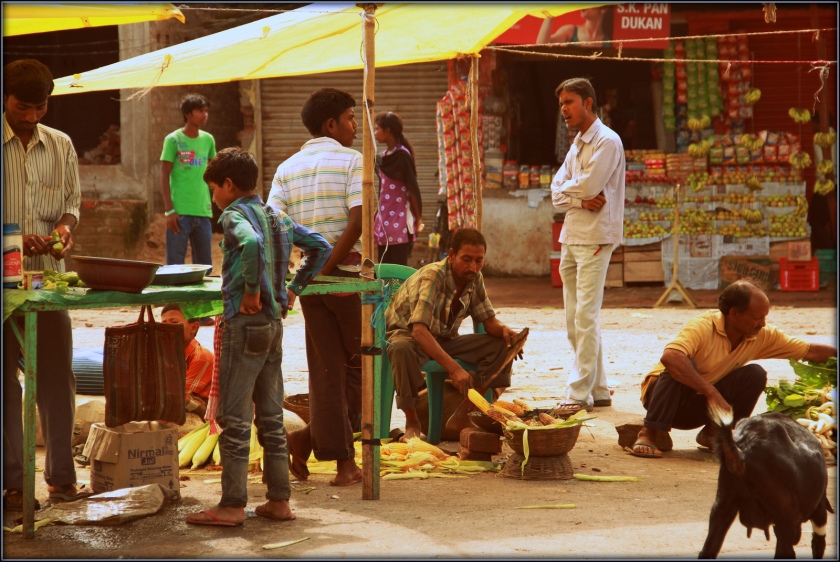 Walking past shisha bars in Knightsbridge, London, the rasping Arabic instantly transports me to my childhood in Saudi Arabia. The clattering syllables of Hindi and Urdu outside curry houses in North London remind me of high school in India. And although I grew up in those countries, and although I am Indian, I don’t understand the words being said.

The only language I speak fluently is English, with the next best being rather mediocre French. It wasn’t until I moved to England a few years ago that I realized how much my identity was tied to the language I spoke. After years of living in places where I didn’t speak the native tongue, I finally realized what it was like to feel ‘at home’ in a country.

Though I grew up in Saudi Arabia and India, I was raised speaking English. My parents, having been brought up in different states within India, spoke English around the house because it was their only shared language. Preschool and elementary school in Saudi Arabia were filled with the rich selection of English-speaking expatriates that the Middle East has to offer. It wasn’t until later in life when I realized this monolingualism wasn’t ordinary.

It all really hit home when I moved to India for high school. India is painfully multilingual — in urban areas most people speak at least two languages, while in rural areas you can drive for a day and pass through half a dozen different linguistic zones. For the first time, I was immersed in life as an Indian, and not as an expatriate. Nothing can make you stand out more than a complete inability to speak a single Indian language in a country where most people speak at least two.

I studied at an international school with friends much like myself, and despite trying my best, the most I could achieve in five years was broken Kannada, and Hindi remains a closed book. While language wasn’t much of a problem around my friends and family, who all spoke fluent English, many fundamental parts of Indian life remained a mystery. Supermarkets were fine, local grocers were a complete puzzle. Taxis were manageable but the bus network was incomprehensible.

My extended Indian family’s reaction to my monolingualism was an almost distressing medley of amusement, incredulity and borderline contempt. As I grew up, the question ‘Do you speak Kannada yet?’ began to punctuate our family visits with wearying regularity. And even though I could see that my relatives wanted to know about my life — and I wanted to know about theirs — there is very little I can express beyond a smile and a nod of the head.

India’s enormous variety of languages and cultures give it a vibrancy that I have yet to experience in any other country. Yet for someone who speaks none of them fluently, I know I’m missing out on a fundamental part of being an Indian. To be fair, I never noticed any of this at the time. Like most expats, there are some things we are just resigned to not doing in the country that we live in.

It was only when I arrived in London that I realized what I was missing. For once, I knew how to speak, fluently, the language of the majority. I can finally argue with people in a language we both understand instead of in three languages neither of us speak fluently. I no longer needed a helping hand to deal with paperwork, and I don’t need a local guide to find my way around town. I was part of the mainstream. The entire country could speak my language.

Making friends has been an entirely new and exciting experience. As an expat kid you are raised in the company of other expat kids, even if it’s only because only they speak your language. Yes, we’re used to many different cultures and backgrounds, but all of this is usually very much steeped in expat culture. My school in Saudi Arabia didn’t have a single Saudi student, and my exposure to Arabic outside of school was minimal thanks to the virtually exclusive lives expats and Saudis lead. When I landed in London, my friends no longer had to come from the same background as I did, and the variety has been a breath of fresh air.

I definitely wouldn’t say I was English, but I have discovered a strong feeling of ‘home’ here in London. It lies in the simplicity of being able to chat with the postman in the morning, or strike up a conversation with the lady behind the till at the supermarket. It might not sound like life-changing stuff, but I finally know what it feels like to be ‘at home.’

About Feroz Salam
Feroz Salam spent most of his childhood shuttling between the Middle East and India, until an almost unhealthy addiction to computers drew him to university in London. When he's not busy staring at a screen and trying to unravel the mysteries of Computer Science, he's busy staring at a screen trying to meet an editor's deadline. We are a community effort and are rewarded when you 'like,' comment or share our essays. If you enjoyed this piece, please take a moment to 'like' or share.