Ever wish someone handed you a “welcome kit” to TCK-dom? Well, Alicia Ingruber may have created one for future Third Culture Kids.

Ingruber, 24, is an Australian-born TCK who has lived in the Philippines, Canada, Cyprus and New Zealand. During her final year as a graphic design major at Massey University in Wellington, Ingruber was given an assignment: find a problem and design a solution for it.

Having only found out she was a TCK at age 22, Ingruber knew she wanted to shed more awareness on the TCK community, so she set about creating an information package for young TCKs moving to New Zealand.

1. How did you come up with the idea behind this art project?
I was looking through a magazine and I found this picture of this green lush landscape with the word home on it. That really struck me because being a TCK and moving around so much, you ask: ‘Where is home, what is home, what does that actually mean?’

2. What is home to you?
Home is a sense of belonging. It’s a basic human need along with breathing and eating. Humans feel like they need to belong to a community or a tribe or a group of friends, family, country.

3. What was it like finding out you were a TCK?
It completely changed my life. It was amazing. I couldn’t believe there was this whole community of TCKs. It’s such an amazing online community and I really think more people need to know about this.

4. So you set out to tell people about what it’s like being a TCK.
Yeah. My solution was to create this information package that could be given to kids coming into a new country. I created a prototype for families coming into New Zealand who spoke English.

5. Walk us through the three parts of your project. What’s the first part?
The first part is a book aimed at children between the ages of 6 and 10, just before you reach the teenage years, which are the crucial years. That’s when you’re questioning everything about your own identity.

6. What’s the children’s book about?
Instead of giving [children] a whole bunch of facts, I wrote a story in a narrative that someone is saying. The character has no gender, no age and no particular background, so anyone can relate to this character, who explains that they’ve just left a country.

[The character is excited about moving], but at the same time, absolutely terrified that they’re going to go to school and not understand what the other children are saying, slang words all that sort of thing. When you read this, you think, ‘Oh my god, I feel that way as well.’

7. What is the second part of your project?
The second part is a double-sided information booklet for parents. The front side is all the positive things about being a TCK, benefits of lifestyle, how TCKs tend to mature earlier than other children. How they’re more accepting of other people.

On the flip side are all the negative aspects of being a TCK, what parents should look out for. Some people who have moved around a lot don’t adjust well, things can go terribly wrong and it can affect them for the rest of their lives.

It also has tips for parents on what they can do to help. Sometimes parents are too positive and they don’t let the child grieve. So this helps parents understand what their children are going through.

8. And finally, explain the third part of your project.
It’s a card game that I created. It’s essentially about creating a sense of belonging. The sooner a child can feel like they can relate to another person, the more likely a friendship will strike.

This card game can be played with two or more people. It’s something they can take to school. It has a whole bunch of cards that say ‘The Best,’ ‘The Worst,’ ‘I Like,’ ‘I Dislike,’ things like that. And there are categories: sports, films, food, anything. You play it by flipping these cards and saying I like whatever food, and the other person will say what they like, and it goes around in a circle. It’s a good way to discover more about the culture. It’s a conversation-starter between kids and they can strike friendships and feel more like they belong. 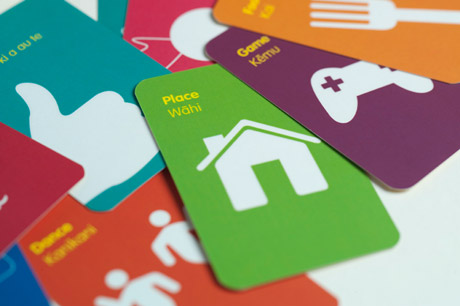 9. What do you hope to do with your project?
I would like to go back to it and make it a more generic, international project that could be easily distributed around the world for all different demographics: teachers, non-TCKs, etc.

10. Why do you think your project is so important?
We need to get more awareness out there. Being a TCK is something you should be proud of, and that there are so many people going through the same things you’re going through. 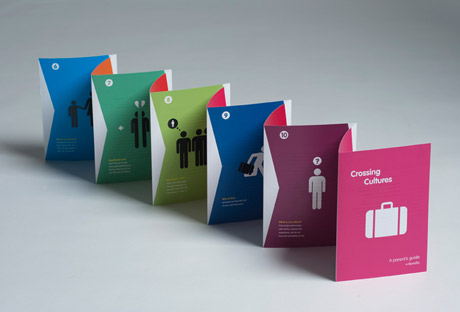 Share with the community. What would you have wanted in a ‘TCK Welcome Kit?’

About Paul Takahashi
Paul Takahashi is Denizen's managing editor. He is a second-generation Japanese-American born and raised in the New York City area. Although technically not a TCK, Paul’s mother was born in Brazil and his father in Japan, so he’s a passport-carrying citizen of all three nations. Formerly a videographer with The Times in Johannesburg, Paul is a journalism grad from Northwestern University and a multimedia journalist at the Las Vegas Sun. You can contact paul@denizenmag.com, or find him on Twitter. We are a community effort and are rewarded when you 'like,' comment or share our essays. If you enjoyed this piece, please take a moment to 'like' or share.