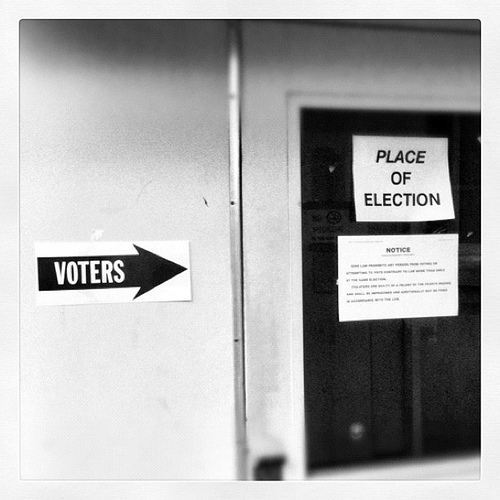 Once upon a time, in a land far, far away, there was an election. This land was so far away that I would struggle to call it home, even though my voter registration card claimed my last residence was a Houston suburb. And even though Texan culture is as familiar to me as walking on the moon, I will eagerly cast my ballot. I can thank my experiences as a Third Culture Kid for that.

The story starts many years ago, in an apartment on a quiet street in the Ma’adi suburb of Cairo. At the time, most of what I was interested in was the dusty, yet peaceful surroundings of green and brown that surrounded me, the usual petty gripes I held against my younger sister, and of course, my birthday party which was coming up in a few weeks. We were supposed to go on a faluuca ride on the Nile. How cool was that, I thought.

One of the other things that struck me, as a kid, was our lack of TV channels. In the US, we had about 80 channels with a basic cable package. Here, the antenna brought us only 3 or 4, depending on the weather and time of day. Egyptian state TV was one of them. On a fuzzy old TV we watched pictures of military parades, comedies, and news presenters talking about the upcoming election.

The TV channels were just one of many wild differences I experienced those first few years, but what struck me was the post-election results. Hosni Mubarak won with 96 percent of the vote. Even at the tender age of eleven, this struck me as odd. I came from a country where George Bush and Al Gore had basically tied, and Supreme Court Justices had to step in and decide who had won. It seemed odd. In my innocence, I wondered why Egypt’s president was so well liked, compared with the contempt with which we held American politicians.

However, as I read through the Egyptian English newspaper, I began to question this assumption. The allegations of corruption were comically rampant at times. Just as common were the pictures of Mubarak on the front page. He was always up to something, it seemed. I wondered why he didn’t fire a few of his ministers, or fix the part of my street that had been dug up for new electrical lines (when I returned to visit my old house, the unpaved ditch was still there, 10 years later).

Gradually, I realized: I was being fooled. These elections were little more than show business. Another term passed before I left Egypt, and Mubarak won again with 93 percent of the vote. I noted the absence of any candidate other than Mubarak.

A few years later, I experienced my first election in the United States while at university. I was determined to vote, not because of the hysteria surrounding Obama’s nomination by the Democrats, but because I had experienced what lack of power meant. With a mere piece of paper, I had candidates making speeches, promising agendas, giving town hall meetings. They wanted me to write their names in on this piece of paper. Whatever I wrote down, it mattered.

I got the inspiration for this article this year as I was doing my research about the upcoming US election. I stumbled across the census numbers for the 2008 election year, a year which I thought had produced high voter turnout. Only 61 percent of eligible voters turned up in November of 2008, only 1 percent more than in 2004. I can’t understand why — I will never be one of those who didn’t show up. In that land far, far away, I’m thankful that I can have my voice heard.

Why do you vote?

About Scott May
Scott May is a senior studying at Sam Houston State University, majoring in History with minors in Middle Eastern Studies and English. He moved to Egypt when he was 11, then to Trinidad when he was 16, then to boarding school in Arizona before returning to Texas. He has studied abroad in Amman, Jordan and has traveled extensively throughout the Middle East. We are a community effort and are rewarded when you 'like,' comment or share our essays. If you enjoyed this piece, please take a moment to 'like' or share.