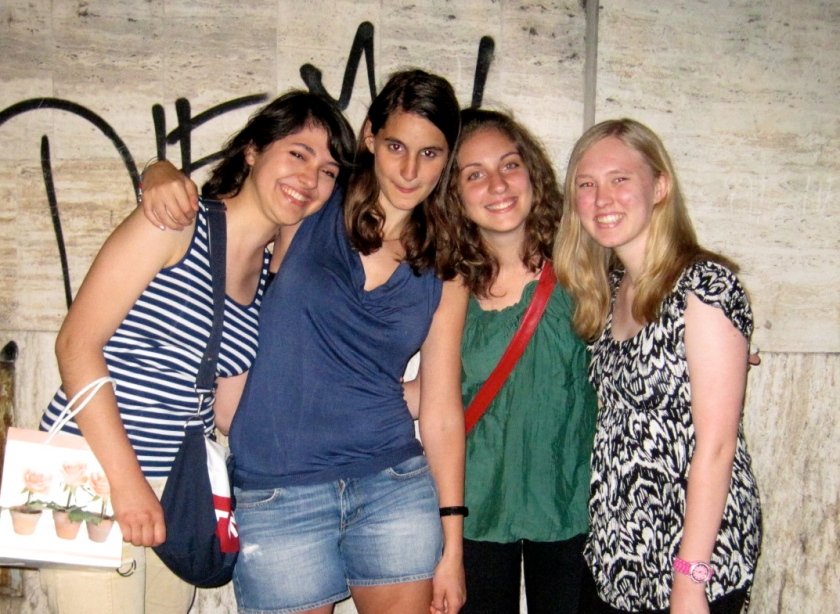 The bright Italian sunshine bounced off a jagged piece of metal, catching my eye. My feet pounded on the warm concrete as I ran to investigate. I squatted down and shielded my eyes to get a better look. Victory. Another beer bottle cap, bringing my total to twenty-two and also putting me in the lead against my brother.

Call me crazy, but somehow, when I pictured living in Florence, Italy, scrounging for beer bottle caps on a large slab of concrete before the Pitti Palace did not come to mind. But here I was, in my first week living in the great Renaissance city, doing exactly that. My mom sat close by, reading a book, probably trying to cram a few more Italian words into her head.

“Courtney, look! Birra Moretti!” My brother shoved a yellow cap in my face, featuring a green-suited man looking suspicious and strange. Maybe he too was sentenced to finding beer bottle caps in the heat of the day.

We laughed about his funny name and kept looking. When the sun began to sink and the air was laced with an autumnal chill, our mom finally got up and called us. We followed her like ducklings through the narrow cobble-stone streets of the ancient city.

When my parents first told us we might move to Italy, I wanted to go. Even though I had lived in Austin, Texas my whole ten years of life, adventure pulsed in my veins. I was ready to board that plane to a completely different life.

Our first year in Florence was certainly a change from life in Austin, but most of it was spent in our sunny, yellow house homeschooling. Every day was the same. My brother and I worked on school, then language tutoring, then we would trudge to the local library, or biblioteca, in the chill of evening so my mom could check her email, our one link to our old life.

Our slow integration into the Italian culture was perfect for the fall, but after Christmas, life seemed to drag a little. I began to wonder, what next? What’s going to happen for the next four years while we’re here? I missed the interaction that school and sports had provided me back home.

Not being plugged in to the local culture greatly hindered my knowledge of the language and prevented “real” life from happening. Though getting involved in activities in a new country may seem daunting, it is crucial to being able to best enjoy and profit from your time overseas. To each his own level of cultural immersion, but I would encourage you to venture out of your comfort zone. There are countless ways to live with the locals instead of just in their country, but I think three of the easiest ones are through school, sports, and neighborhoods. Allow me to explain…

School: Going Local
After a year of homeschooling, I made the decision to attend an Italian middle school. I remember the first day so clearly. I woke up extra early and put on my clothes that I had so carefully chosen the night before. After a quick breakfast, my dad and I walked to the town center to catch the bus. As my bus stop came closer and closer, my stomach started to ache.

Once we arrived at my new school, I slowly walked up the steps, tears clouding my eyes as I was separated from my dad. I was guided to my new classroom where everyone was already seated. I hurriedly took the last seat and tried my best to avoid all eye contact. The first day was a marathon; six hours of only understanding the occasional word. But I made it through.

The next two years would be long and exhausting, but also incredibly rewarding. Though my teachers were often challenging, my classmates were kind to me and quickly became real friends. People say that after hearing a language for a certain amount of time, it just “clicks” in your head. Though I didn’t see how this could work, it happened. After a year in Italian school, everything made sense. I could understand and speak in return. It has been said that by learning the language you learn the culture and I found this to be true. By the end of my two year adventure in the local schooling system, I could speak with ease and felt comfortable in the culture.

Though I returned to homeschooling for our remaining two years in Italy, I am so grateful for my time in the local Italian school system. Yes, international schools and homeschooling are worthy, excellent options, but I would challenge you to try going local. Even if one semester is all you can handle, do it! You may never again have the opportunity to fully immerse yourself in another culture in this way.

Sports: A Fun Way To Meet New Friends
Getting involved in a local sport or an activity that you enjoy is a less stressful, but equally beneficial, method of making friends and learning cultural customs. My younger brother, Davis, started playing basketball as soon as we arrived and continued to play all five years. He said it forced him to interact with the Italian culture and gave him the opportunity of making new friends with a common interest.

Not only was it helpful to him, but it also allowed my parents to create friendships with other parents. From the countless tournaments scattered throughout Tuscany to team dinners, our family gained invaluable insight into the crazy, chaotic, loving culture of our adopted Italia.

Following my brother’s lead, I joined a tennis club and took weekly lessons for the last three years of our time there. In contrast to my teachers at school, my coaches made sure I could understand them and were always friendly. The courts were nestled in the sloping, green hills of our village Fiesole and it quickly became my happy place, an escape from the rest of life. It was the perfect low-stress way to continue to interact with Italians even after I stopped attending the local school. 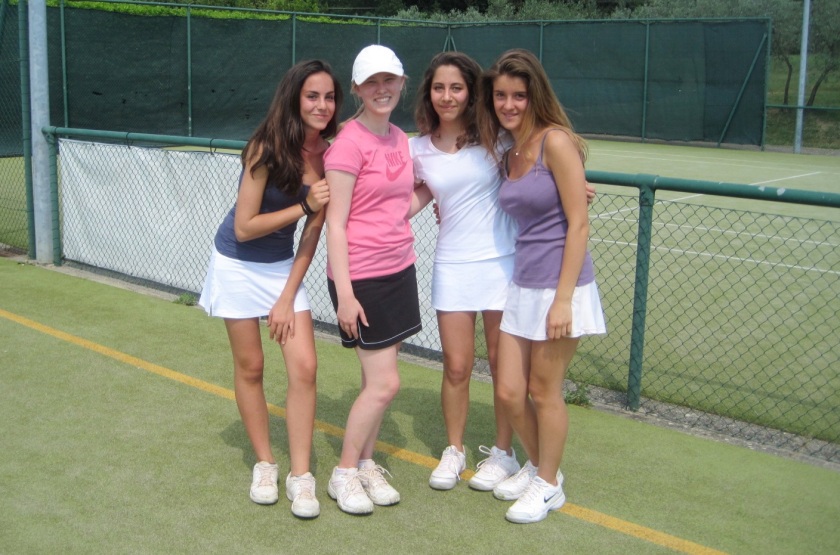 Neighborhood: Meet The Community Next Door
If you’re really not into this whole cultural immersion thing, then at least promise me that you’ll knock on your neighbor’s door. At least once. From American cities to Italian villages, everyone has neighbors. Bring your favorite treat from home and learn a few lines of the local language to introduce yourself. They won’t bite.

Within a few months of living in our new house, we got to know a family that lived near us. They had three daughters close to my age and the sweetest dog you’ll ever meet. We hosted a Christmas party that year and invited them and some of their friends from school. Though we could barely understand each other, we enjoyed playing hide and seek and munching on delicious snacks from both cultures.

Five years later, those same friends that I had met so long ago took me out for pizza and gelato in Campo di Marte to say goodbye. As we laughed and talked, I was flooded with a deep gratefulness for the Italian culture and my dear Italian friends. It was rough at times; there were times where I wanted to give up, but thank goodness I was determined to connect with the culture and not just live in it. If I hadn’t, I probably would’ve had quite an impressive collection of beer bottle caps.

About Courtney Runn
Courtney Runn will be a freshman this fall at the University of Texas studying journalism. While living in Florence, Italy, she started an online magazine for teen TCK girls called Not of this World. From bungee jumping in Greece to riding elephants in Thailand to serving at an AIDS hospice in South Africa, Courtney has a fascination for new cultures and enjoys sharing that passion with TCK girls around the world. We are a community effort and are rewarded when you 'like,' comment or share our essays. If you enjoyed this piece, please take a moment to 'like' or share.