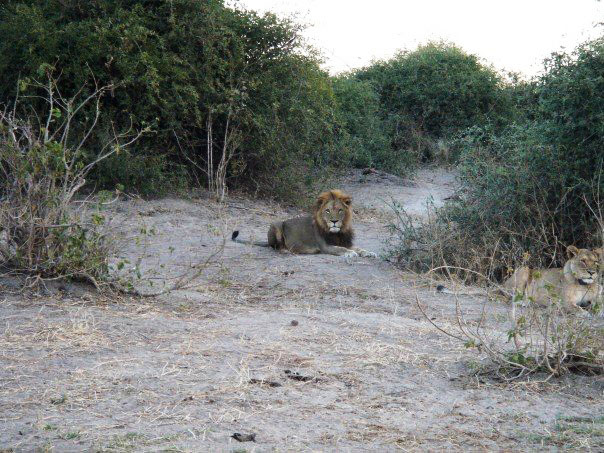 Many TCKs are avid photographers. We can’t help but try to capture the moment, since our worlds are always changing. In this series, we ask you to sift through your photo libraries to discover what you love. Submit your five photographs, and why you chose them, to steph@denizen-mag.com. This is Wazha Dube’s “my five.”

I’ve been able to live in some amazing places. It’s one of the perks of being a Third Culture Kid. But what separates us from other travelers is our ability to adapt to our surroundings and become comfortable, wherever we are. The following photos are from five places where I was raised, met my best friends, had harrowing learning experiences and created my fondest childhood memories. Ultimately, these are places that I, to this day, still call home. This is “my five.”

1. Chobe National Park, Botswana Botswana is a country of contrast. I say this because while we have developed cities and towns, we also have arguably the best wildlife in Africa. With Botswana as one of my main “base camps,” I used to spend part of my summer vacations working at a safari lodge. But when I wasn’t working, I was able to join guests on safaris — it was an amazing job perk. On one of my first safaris, we managed to stumble across a pride of lions. This is one of my favorite photos in the world purely because he’s looking straight at me…

2. Beijing, China I spent six years living in China. This past summer, my friends and I had our first large scale reunion during the Beijing Olympics. This is me outside the Bird’s Nest after Usain Bolt broke the world record during the men’s 100m Hurdles finals. After the games had finished, we partied in the Olympic village for a good two hours until they ran out of beer and the security guards kindly asked us to leave.

3. Kaneohe, Oahu, Hawai’i I had the ingenious idea of going to Hawai’i Pacific University for school. This picture was taken on one of my first days on the island while at orientation. Hawai’i is just one of those places where you can pretty much get a good picture anywhere, and this is proof of that. And if you any of you think those hills look familiar, it’s because they’ve been used in Lost.

4. London, England When I fly back to home to Botswana, I’ll usually stop in London for a couple hours to see friends and family. This particular time, I met up with a good friend from Beijing and we spent the day exploring the area. This photo was taken in one of London’s Royal Gardens. It was one of those days when everybody was outside doing something active because the day was too beautiful to waste.

5. New York City, New York I’m a recently returned resident in New York after four years on the rock (Hawai’i) and it feels good to be back! There’s never a dull moment in New York, whether it’s chilling on the Hudson River or having a cookout. This photo was taken on one of my random city expeditions a few summers back. The great thing about this spot is that it defines New York City: everyone from the world lives here, making it one of the best TCK cities in the world!

What are your “five?” Email your submission into steph@denizen-mag.com.